Houston, We have a problem...

The BBT launched yesterday. Umm, yeah. ok. Rather that talk about the deck that hit KOD so hard it left a mark in the first 3 rotations, and a brutal suck-out after the money went in on the flop that left my laptop askew after being tossed across the bedroom, I have little to say that would not be colored by disappointment. 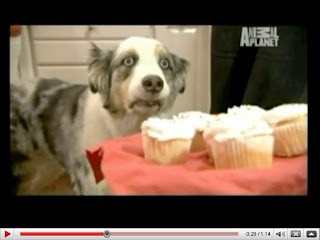 for those of you who can not resist. Raise from MP, called by only a blind. Pot is $1k and the flop is Ten high. He takes the lead and bets pot. I think its EASY to put him on a pair of tens here. Second choice is 99-55. But I expect AT. I shove with JJ and he calls with 55. The 5 on the turn launches the laptop across the room. EVEN if he HAD AT here, Mrs. Columbo said the laptop had an Ace on the river when it re-entered the atmosphere. Sometimes its just not your time.